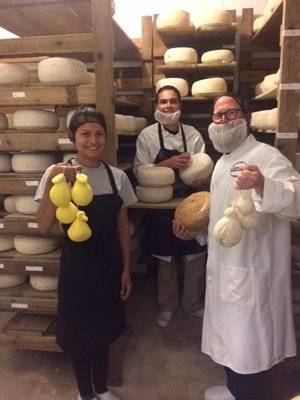 Lovera’s cheesemakers Shawn Duffy and Matteo Lovera-Pizano are getting ready to take the Lovera’s award-winning cheeses to Denver, Colorado to attend the three-day American Cheese Society competition from July 27 until July 29.

The Lovera’s Handcrafted Food Market — which is family owned and operated since 1946 is located in Krebs, also known as the Little Italy of Oklahoma.

Head Cheesemaker Shawn Duffy has been with Lovera’s since 2008.

“I am very excited to continue to share our craft and passion with colleagues from across the country,” Duffy said. “It’s also a great opportunity to learn from those who have been involved in shaping this industry.”

Duffy has a background in culinary arts and has advanced the way Lovera’s made and marketed its cheeses.

Since taking on the head cheesemaker position, Duffy began entering the cheese in contests and has also been working to expand and improve the cheese packaging facility, while also creating new varieties of cheeses. Last year the smoked Caciocavera, which is a variety of cheese that is smoked on site with Mockernut Hickory before being aged, won first place at the American Cheese Society competition that was hosted in Rolly, North Carolina. Duffy began entering these contests In 2012 when the aged Caciocavera won second place in its category and the following year cave-aged Batista won third place and the braided Caciocavera took home top honors as well.

“We went to that competition not knowing what it was going to be like,” Duffy said. “Between the American Cheese Society and the World Cheese competition we have won 11 different awards.”

Duffy said this year he plans to enter 10 different cheeses in the competition such as the Oklahoma Toma, which is made with Jersey cow’s milk and aged on cedar planks for three months, the Bomb Toma which Duffy teamed up with Prairie Artisan Ales to work on and the award-winning smoked Caciocavera. The event will include cheese makers from all over North America, food safety representatives, cheese retailers and more.

“There will be three days of workshops specific to cheese making and more,” Duffy said. “It is a great educational opportunity to be able to talk with other colleagues in the industry.”

Duffy said Lovera’s will be part of the “Meet the Cheesemaker” program during the conference, which he said is an opportunity for cheese makers to sample products and get to know the people behind the product. Lovera’s cheese continues to expand to reach new markets, such as the new packaging facility which was recently finished and will be open for public tours soon, Duffy said.

Duffy encourages anyone who has not experienced the Lovera’s cuisine to come by the store.

“If you haven’t been by our store in awhile come by and try our new cheeses,” Duffy said. “Try our new summer cheese, which is a mild type of cheddar, or try our famous goat cheese.”

Live coverage of the event through the Lovera’s Facebook page, so Lovera’s fans can watch from the comfort of their homes.

Where It All Starts - The Dairy 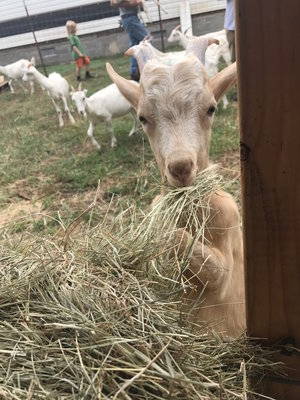